If the lease is up, scale down and get ready for the reset 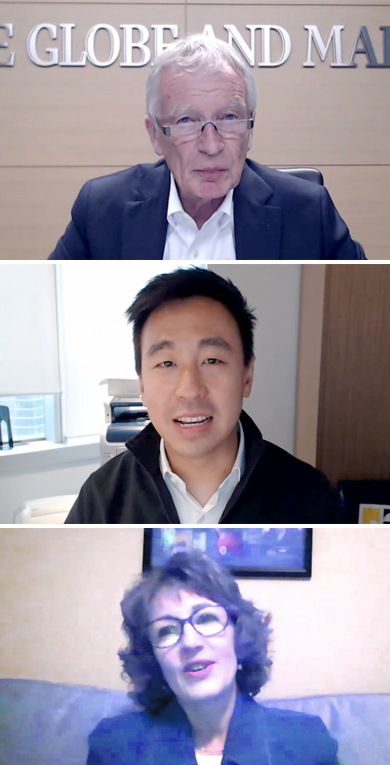 You're going to need less office space, fewer print copies, and other ways to make a living from newsmedia.

That much was a growing consensus from the start of today's Asian Media Leaders eSummit, WAN-Ifra's three-day virtual event which has so far attracted 400 delegates from 166 companies in 32 countries.

Gary Liu - who is chief executive of the Hong Kong-based South China Morning Post as well as chairman of the organiser's regional committee - led the charge: "We need a suite of revenue streams to sustain us now," he said, heading his list with reader revenue, "rarer in our part of the world than others".

A new paywalled website launched last August and was already past the newspaper's print readership indicated a promising outlook, but there were important messages to put across. One, the sustainability and accountability of journalism as a social good, required that we "communicate our value, and that services are worth paying for".

A recurring question was how to create an even playing field? "Platforms are more often than not the prime intermediaries, and user reliance on social media is not going to change," but Liu ( pictured centre) says as cooperative stakeholders, "we can still adjust the model to make it more effective and more fair".

He noted Australian legislation and publisher deals as "a strong first step", but said more dialogue and "a more sustainable position" was needed. With a big proportion of platforms' revenues coming "because of the news industry", it was important that the model built worked for Asia. "Tech platforms don't understand us, so they import features developed for other parts of the world," he said, making it incumbent on the Asian industry to work together to achieve this.

Another question was where publishers should invest next in tech, having already "laid the foundation" for digital newsrooms. Liu's vote was for purpose-specific, reliable, timely and comprehensive information - news companies no longer just serve an average reader; we serve millions who expect a tailored experience, requiring first-party data - allowing us to build products that shape themselves," he said. AI-guided tech would help accelerate decision-making, and would become a differentiator next year.

Of the conference's keynoters, Liu was not alone in investing in a "home-grown" product stack. Phillip Crawley, publisher and chief executive of Canada's Globe and Mail, advocated for more efficiency, more automation, and more trust in digital science, a critical factor "if you want to control the levers".

The last eight years had seen profound change in the way the business was run, "thanks to trust in the data from (inhouse-developed) Sophi". With the help of 50 data scientists and an editor-in-chief who embraced the change, the Globe & Mail staff "now have a high degree of confidence enabling them to maximise growth in subscription revenue.

A paywall since 2012, and the advent of "tools we built ourselves", plus Arc CMS software (from the Washington Post) had been foundational moves. "Sophi proves the best work is rewarded by the best scores, and journalists want to see them. It's not clickbait but building a belief that good journalism delivers results."

Like Liu, Crawley (pictured top) also had questions, but also assumptions: That half his staff would not want to return to working in the office - making upcoming lease negotiations critical - and that "you'll be doing well" if print advertising comes back to half of what it was.

"If your business model is still built on advertising, it's not going to be enough," he said.

Crawley was also wary of banking on government regulation, as Australia, France, perhaps Canada were doing. "Be careful what you wish for," he said, warning of "a slippery slope" which could put publishers at the mercy of the politicians in power.

But back to data science, Sophi taking decisions on what content would be free, and what behind a paywall, led to traffic doubling in the first month of COVID-19, with engagement rising by by 25 per cent for the year; subscription conversions by 15 per cent. "A year on, we're still seeing those things holding true," Crawley said.

And a final couple of questions: "If you've cut back on print pagination, and lowered the number of copies you print, are you really going to restore those? Wouldn't the savings be better used elsewhere?"

At the Atlanta Journal-Constitution, publisher Donna Hall (pictured) clearly thinks so, noting her company's investment in the Canadian Sophi automation software, and extending its digital portfolio.

But having been "among the first to send everyone home", she has been working to make sure staff still feel part of a team. "Town halls work well, and we send regular update emails - every day for first quarter, a practice our editor still follows - as well as 'coffee chats' for groups of employees who don't typically get to work together." Regular small gifts "emphasise that we realise our employees are our lifeblood".

The COVID revenue hit came more in digital - "not what I expected," Hall says - and saw advertising down 23 per cent for the year. The pandemic also accelerated long-term strategies in moving from print to digital, from 3-5 years to one or two years.

A new paywall, launched in October, has been "a tremendous success", with close to 18,000 new subscribers via the gateway, and the lowest churn in more than ten years. A new campaign promoting the AJC's journalism as a public service is about to start.

Hall says one impact in the US has been bringing the publisher community together. "We're collaborating and sharing more, and figuring how to survive.

"As an industry, we've finally realised we can be stronger together."

And the company is beginning to make plans to return to work. "Fortuitously, our lease is up, so we'll be moving to 25-30 per cent of our current space and focussing on collaboration.

"With a new partnership, and the impending Sophi launch, it's an opportunity to accelerate our transformation."

Less fortunate on the real estate front was Indonesia's Kompas Gramedia, which took on a new building a year before the pandemic, and now finds it only 10-20 per cent occupied. "Half our people would like to continue to work from home, and you only have to look at Jakarta traffic to understand that," vice chief executive Jayant Bhargava told the conference, "but there's some concern over how we keep contact."

He reported a 26 per cent decline in advertising, "a lot more traffic and users on websites" - passing a million registered users on their paid last month - and the same challenges the previous two speakers had mentioned.

Looking to build new revenue streams - and mindful that the cost of circulating a print copy had increased - the company had diversified into ecommerce and fulfilment, making more profit from delivering the product than selling it. "We needed to identify unique capabilities, explore adjacent areas and connected businesses, bring in missing talent, and attract new partners," he said.

"As soon as we looked at it we realised fulfilment lent itself to ecommerce. None of the other providers had the second and third tier cities we had." Kompas Gramedia makes money from commission on managing stores, "close to 20 per cent" on fulfilment and "the last mile", and is able to access brands which were previously not available to it.

New and traditional businesses had also been integrated and connected to KG's own Sophi-like system. "It would be good to get the two to meet and mingle," he said.

Pardon me, but is that the Chattanooga digital edition?