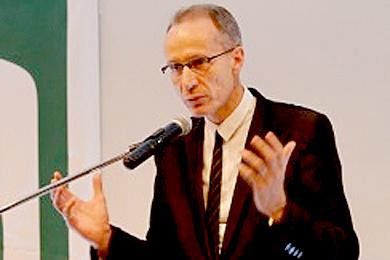 Robert Thomson – NewsCorp’s global chief – is in Canberra this week to give evidence to Australia’s senate inquiry into media diversity.

Hearings resume on Friday, with Thomson (pictured) becoming the fourth News executive to face up. 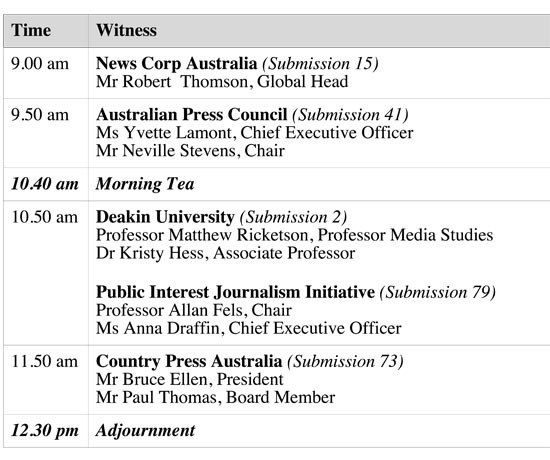 Climate change will be among topics to be covered on Friday after chair of the inquiry senator Sarah Hanson-Young questioned News Corp’s apparent change of heart on climate policy, saying News “attack on those advocating for any climate action over the past decade (had) played a large role in the lack of climate action we have seen in Australia”.

She said the “sudden change” had followed a meeting between Thomson and Australian prime minister Scott Morrison in New York, which “seemed to confirm the cosy relationship between Australia’s largest media corporation and our Prime Minister”.

She said the committee had heard “extensive evidence” of News’ role in the Australian media landscape and the “detrimental impact” this had on discourse and democracy in the country.

“The committee will have serious questions for Mr Thomson about the organisation culture and business model that News Corp employs both in Australia and around the world.” 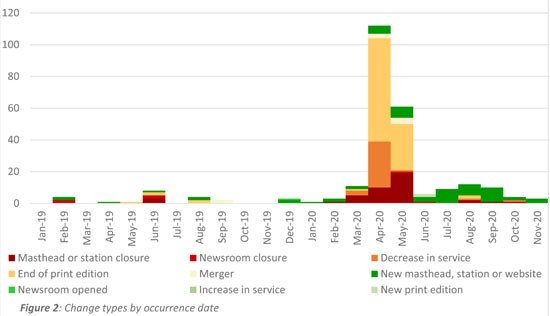 Most of the submissions presented to the inquiry ahead of being called to give evidence are pre-COVID, an interesting exception being that of the Public Interest Journalism Initiative, dated January 2021. It contains the graph above.