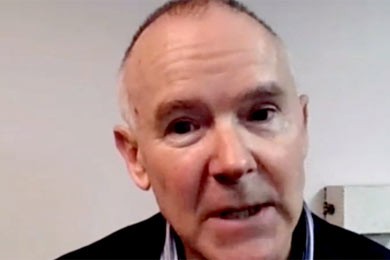 Board member and former chairman of Country Press Australia Bruce Ellen told senators that regional media got only a fraction of a $38.4 million pool, allocated to regional media after pressure by former senator Nick Xenothon.

“We believe the way the funding was distributed was a disgrace, and ignored the original intent,” he said.

Ellen said a “paltry” $11 million had been added to the Public Interest News Gathering funding, but it had then been shared with others including broadcasters, so that independent publishers got only 15 per cent. “Regional airlines just got $300 million in new funding, and we’re worth a lot more than a thirtieth of that,” he said.

Representing 108 regional and local newspapers, CPA was “what grassroots looks like”, Ellen himself having been out with a camera that morning taking photographs of readers alongside his duties as publisher of a number of newspapers. “In terms of granular, you don’t get much more grassroots than us.”

He told committee chair Sarah Hanson-Young all members produced printed editions, with most also publishing online and on social media. The group had been successful in “robust negotiations” with both digital platforms, but was awaiting formalities of the settlement.

“It’s been a very interesting time since News Corp shut down its papers in regional Queensland for their own good reasons,” he said. “We believe they abandoned their regional communities – in some cases putting a couple of journalists back in, but largely all they’re doing is trying to drive audiences into the metro papers.

“It’s quite clearly not in the realms of what media diversity should look like.”

Ellen said a result had been that “numerous independent” papers had started in the areas News abandoned, placing journalists into the areas affected, and to date the communities had accepted them “very, very well”.

CPA membership had grown as a result, and Ellen also named towns in which he was involved with the independent publishing ventures. He told senator Kim Carr that fewer newspapers owned by CPA members had closed because “while we are businesses, we weren’t driven by a profit motive, but by a responsibility to our communities.

“They wondered what was going to happen next; would the water be next to go.”

Among opportunities for what were being called ‘green shoots’, he declared an interest in start-ups in Kingaroy, Gympie, Rockhampton, Gladstone and Ipswich, and involvement in papers Noosa and Warwick.

However a lot of independents had “gone in undercapitalised and with lack of understanding”, and some had folded, partly, Ellen said, because News Corp had decided to put print editions back into areas such as Mackay and Sunshine Coast, which it had left.

“We’ve all put our heads on the chopping block, but it’s a tough market,” he said.

On the fairness or otherwise of allocations as a result of the media bargaining code, he said publishers “didn’t know where they stood on the relative division of funds” with Hanson-Young adding that commercial-in-confidence clauses had been very strict.

“All I can say is that we had robust discussions and were reasonably comfortable with outcomes – I can’t compare that with News and Nine.”

Nor was he happy with the handout to Australian Associated Press, despite the assertion of Kim Carr (pictured) that they were “absolutely critical” to the media infrastructure, a line he thought Carr had picked up from AAP themselves.

“Not at all,” Ellen said. “Media diversity is all about local journalists writing local stories.”

Disputing the amount of funding AAP received, he pointed out that generic content was available from other sources such as national broadcaster the ABC. “If we have success in local areas it’s because of our different mantra. If there’s a piece of news that has a direct impact on the local community, our members will cover that.

“Our papers are already full with local news. What’s more important? News they can only get from us, or news they can get from a variety of sources?”

The inquiry also heard from industry self-regulator the Australian Press Council – said to be now 60 per cent funded by News Corp – and the Public Interest Journalism Initiative. It is now due to report by November 15.