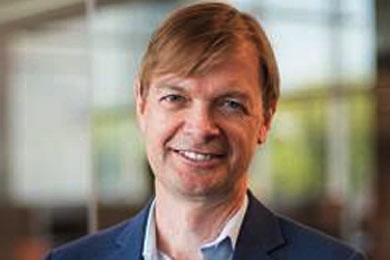 A virtual three days of panel discussions about fundraising for local journalism had a single message: Don’t be afraid to put your hand out.

In a post for the LMA following the three days of panel discussions hosted by the Lenfest News Philanthropy Network, he warned that philanthropy may be a pillar, “but not a silver bullet”, and that finding funding for journalism projects takes time. During the discussions, New York Times philanthropy vice president Sharon Chan warned the process can take 18-24 months.

Mungeam (pictured) says he also learned that “no” doesn’t mean “never”, quoting Fraser Nelson, co-founder of the National Trust for Local News, that it may just be a question of timing: “You don’t know what else is going on – a ‘no’ is just a time to deepen the relationship to learn more about a funder’s goals,” Nelson said, suggesting that rather than going in “guns a’blazing asking for money” a better approach is to ask for advice. “Then you’ll get money.”

Terry Quinn, chief development officer at the Texas Tribune, urged aligning editorial and fundraising teams, and involving him early, “even when an idea may not be fully informed”.

“If I don’t know what the news team or leadership team is thinking about, even if it’s only half-baked… I can’t make those connections with funders.”

Timing was emphasised in a story told by Elinor Tatum, publisher of the New York Amsterdam News and LMA chief executive Nancy Lane.

Ahead of the LMA’s Digital Transformation Lab for Publishers of Color, “we made ten pitches and got ten ‘no’s’ in late 2019 and early 2020,” Lane said, but in the wake of the murder of George Floyd and an overdue reckoning in the US around racial justice, more than a half-dozen national funders have stepped up to support Black publishers via the work of Word In Black.

Rashad Mahmood, co-director for the New Mexico Local News Fund urged telling “the story of the value of your journalism” to raise the profile of journalism as a cause worthy of funding. “Sharing the connection of how journalism makes a difference in people’s lives.”

David Mengebier added that foundations support journalism that supports communities: “For me, it’s been a recognition that healthy local journalism is just as important as the local library and local community centers,” said the chief executive of Grand Traverse Regional Community Foundation in Traverse City, Michigan.

Rashunda Mahone, assistant dean at Emory College, presented research from Giving USA showing that giving is up from almost every sector, and in almost every category of need.

With seeking philanthropic support for journalism, for many, “still a novel idea”, there was a huge opportunity for making the connection between civic health and a healthy local news ecosystem.

The three days of panel discussions were hosted by the Lenfest Institute for Journalism, with participants coming from large and small local newsrooms, both for-profit and nonprofit, as well as funders, development officers, and community foundations.