Peter Coleman: The ownership anachronism that needs to catch up

This week’s parliamentary inquiry into regional publishing cast a focus on an aspect of print ownership which gained relatively little recognition during the two-day hearing.

The small matter of the 1992 Broadcasting Services Act.

If Australian Community Media owners Antony Catalano and his business partner Alex Waislitz had been able to take control of regional broadcaster Prime, the pre-smartphone law would have required them to sell their print editions in Bendigo (Victoria) and Wagga Wagga (NSW).

As it is, Seven West Media, which was the successful bidder for Prime, may be required to divest some of its regional print editions instead.

Neither want to, and there’s no suggestion that they would have to get rid of digital mastheads, a concept largely unthoughtof in 1992.

Printed newspapers are enough of an endangered species without this nonsense.

News websites and newsletters are cheap to set up and maintain, by contrast with print editions, which require that you own your own press – or have a willing printer – and can afford origination and prepress costs, newsprint and distribution. Readers might be willing to pay a cover price, but there are likely to be fewer of them.

So a priority for Mallee MP and inquiry chair Anne Webster might be to look at this anachronism.

The full impact of SWM’s Prime acquisition has yet to “hit the fan” but ACM’s Bendigo Advertiser and Wagga Wagga Daily Advertiser have already been on and off the market. The Australian Newspaper History Group this week reported the “on” without mentioning the context or the outcome.

Both Advertisers have long histories, the Bendigo paper dating to 1853, and the Wagga one having been established in 1868, and counting former deputy prime minister Michael McCormack among past editors.

The two papers were reluctantly offered for sale last April after Catalano and Waislitz increased their stake in Prime, and advertisements continued into December after SWM’s successful bidding, to meet the requirements of the Australian Communications and Media Authority. ACM managing director Tony Kendall said then that they had to wait for the SWM purchase to go through before they could apply for the requirement to be lifted.

Happily staff at both papers knew then that ACM didn’t expect to have to sell the papers and didn’t want to. Somewhat surprisingly, “four parties” had shown interest in buying the Bendigo paper.

An inconsistency in the law is that reach rules have been changed in metro areas, but not in regional Australia, and the fight against the outdated legislation goes on.

Pictured: The offices of the Wagga Daily Advertiser, offered for sale in 2017 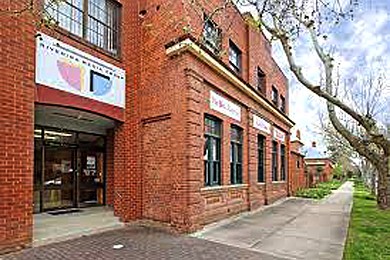 Mario García: Changing definition of experience, mentors
Mark Ryan: News and truth under siege
Mario García: Who says advertising has abandoned printed newspapers?
Kevin Slimp: Too big for my teeshirt
Melanie Walker: Why we all lose when women are excluded from the news
Peter Coleman: Don’t neglect free-to-air in the push for connected TV