Last chance to prepare for those pesky font changes

Having raised the alarm in the first place, US newspaper consultant Kevin Slimp has issued a reminder that Adobe’s Type 1 font deadline is approaching.

These are some of the points he makes:

“Before spending a frantic night replacing fonts,” he says, “note that the Type 1 issue applies strictly to new releases beginning in January 2023. It does not affect support for Type 1 fonts in earlier releases.

“The problem, as I see it, is that CC (Creative Cloud) applications automatically update for most of us, so we have all the latest features and don’t see conflicts with updated operating systems. This means it won’t be long before the Type 1 issue hits home.”

Slimp says he has been swamped with messages from publishers concerned about the upcoming “tsunami”.

“If you’ve done nothing to prepare, you’ve got some work to do before the end of the year, lest you spend your holiday season frantically getting fonts in order.”

One PDF file sent by a publisher this week was representative of many of the files he has been seeing, with some 73 Type 1 fonts included in the file.

“That means the InDesign document that exported this PDF included 73 Type 1 fonts. Many were probably were embedded into ads that came from advertisers and likely will not cause any issues when opening and printing the file. However, you can bet that some of these soon-to-be-offending fonts came from paragraph styles, headlines, libraries, and other far corners of the InDesign desktop.”

Slimp says working with newspapers on various projects has meant he has been looking over a lot of pages, looking for potential areas of improvement and problems.

“Along with the usual assortment of editorial and design quandaries, I’m finding a lot of Type 1 fonts. The InDesign desktop is a veritable potpourri of Type 1 hiding places.” 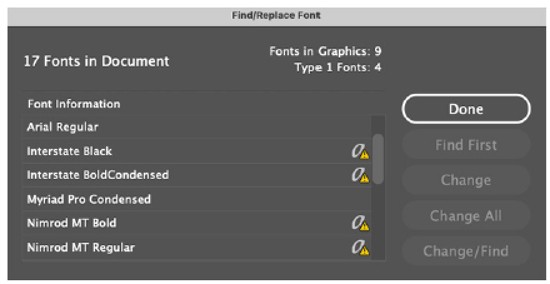 He suggests starting your search as follows:

-open the ‘Find>Replace Font’ window in InDesign and look for ‘a’ symbols with yellow yield signs next to them. When you find them, you will find fonts that should be replaced before January.

-while in the ‘Find>Replace Font’ window, look for light grey symbols with a small ‘a’ on the left edge. These indicate graphics (EPS, PDF, etc.) that may or may not be problematic. If your paper created the graphic using this font, be sure to replace that font before trying to use it in the future to create new files.

-create a PDF file of your InDesign page, then look in the File>Properties window. Click on the ‘Fonts’ tab and look for Type 1 fonts in your list. If you see familiar font names and have a good idea that they’re not coming from submitted PDFs or other graphic files, then you’ve probably got Type 1 fonts floating around in your paragraph styles and libraries.

To be ready for January, he suggests first going into your Adobe Creative Cloud preferences to ensure your apps don’t update automatically. Because things never go perfectly, versions of InDesign and Photoshop will eventually get updated by necessity or accident, and it’s vital to get fonts in order as soon as possible.

Look at the Acrobat properties (File>Properties) and search for Type 1 fonts in documents. Begin replacing them immediately with OpenType versions of the same or different fonts.

Educate agencies and others who send PDF files to you concerning the impending Type 1 issue. They might not understand what’s coming and will appreciate you giving them an advanced warning.

“Let’s face it, whether you update to the latest version of InDesign and Photoshop automatically, or wait a few months, eventually, you will face the Type 1 conundrum, and now is the time to prepare,” he says. “You will eventually update your CC version even if you turn off the auto-update feature in Creative Cloud. If you’re using Type 1 fonts in the interim, your files won’t open correctly when that time comes to update your Adobe products.” 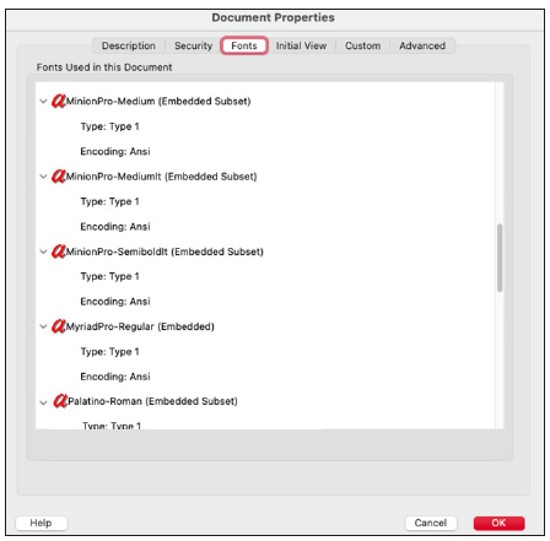 If you see a red ‘a’ symbol and/or the ‘Type: Type 1’ listing in your Acrobat Properties window, you know there are Type 1 fonts in the PDF file. While this might not be problematic, creating a PDF from an InDesign document, then checking its properties in Acrobat is a good way to see how many Type 1 fonts you have in an InDesign document. “Finding the scary-looking ‘a’ with a yield symbol in the In-Design ‘Find/Replace Font’ window means you have fonts that need to be replaced before January. Otherwise, someone is going to have some late nights,” he says. 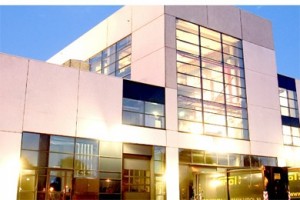 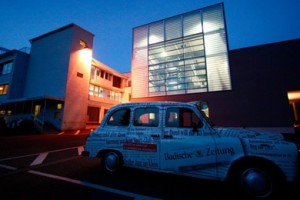 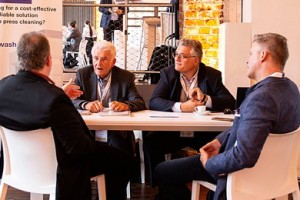 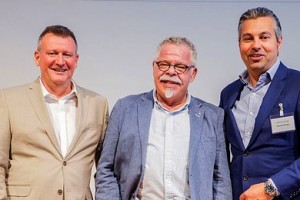 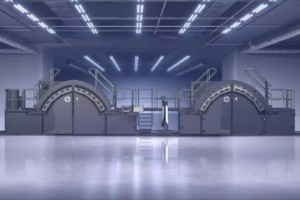 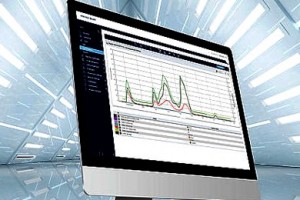